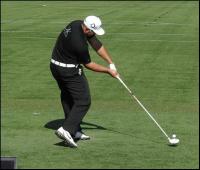 I’ve been troubled by something this entire year while trying to swing along the lines of the MCS Golf Swing model I finalized two years ago.

I also released the MCS Golf Swing eBook 1st Edition last year with the intention of quickly editing and releasing a Final Edition, and I’m very happy that I haven’t yet done so, as I was waiting until I’d finished looking into certain things.

Right now, you’ve probably noticed that I’ve been quiet compared to the past with regards to posting on the blog.

That’s because I’ve been struggling with an issue of the swing and, after having performed some visualization experiments with regards to motion, I shared my angst with The Welshman, who confirmed that I’m likely correct in my doubts.

You see, I haven’t been going over and over the golf swing theory trying to find something wrong or incorrect or inaccurate or to change, it’s just the nature of my mind to constantly mull and pick over things, especially if for some reason yet unbeknownst to me, my subconscious is chewing on something that it won’t let go.

For me on this issue, it’s the contradiction of having based the impact position on one swinger alone (Mike Dunaway), with a couple of other examples (Tony Finau & Sam Snead for example) instead of looking at a large data sample to determine the likely mean.

Before I continue, here is a picture of Ryan Winther, the 21012 Remax World Long Drive Champion at impact.. 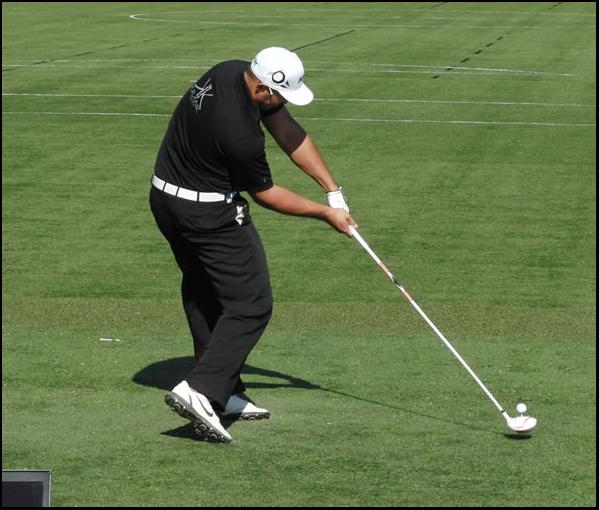 So, I like to bounce things off Welshie because he is a very thoughtful and deliberate person (and having a PhD, he knows where I’m coming from when it comes to theory, research and proof, etc.), and when I told him my thoughts on the thing I was struggling with, he provided me the confirmation.

If anyone is acquainted with “explosive transverse plane” and motion, I’ll just quote something here from the website experiencelife.com dealing with such:

Fitness pros have terms for each of these dimensions, or planes of action: the sagittal plane, which covers all those front-to-back gym moves; the frontal plane, which describes side-to-side movements like jumping jacks and side shuffles; and the transverse plane, which includes rotational motions that involve twisting or turning, like swinging a bat or throwing a ball.

Now, you would obviously include the golf swing in a motion that has “rotational motions that involve twisting or turning,” and right here is the whole argument of Classic vs Modern Golf Swing theory distilled to one question – when swinging a golf club, do you want to be twisting or turning?

We all know that Classic Golf Swing motion involves turning with the hips and torso together, and Modern involves twisting more than turning, but that’s not even the thrust of my issue here, just an aside having read that paragraph today.

Back to the Welshman, who was interested in my hair-pulling, and said the following with regards to boxing and punching:

All explosive transverse plane movements require this (the issue I’m currently ironing out in the swing theory) in order to preserve energy transfer.

“Explosive Tranverse Plane,” I responded, kicking myself for not having a kinesiology or biomechanics PhD (not Welshman’s field but certainly one that would have benefited me) – “I think I can guess what that is, but I’d have to look it up.”

“Throwing bags of wheat,” he continued, “If you ever see guys throwing 50 lb coal sacks they always (do what I’m looking into) at the time of max propulsion.”

And sure enough, just briefly looking into ETP and I had my answer.

When you look at a baseball swing as well, you’ll see the same action into impact with that particular ETP action.

So, as I continue to solidify this part of the MCS Golf Swing theory, I’ll ask you to consider – when trying to determine whether something is optimal, and taking into account the vast number of people who might take up an endeavor such as golf or baseball or long driving, when it comes to optimal motion, shouldn’t one be looking at the mean rather than one or two or even three examples, as they could be the exceptions proving the rule?

For me, the journey of the research into the optimal golf swing hasn’t bee a straight road, and I’ve had to more than once change my direction, but thankfully for me on this issue, it will be more of a clarification on the part in Pg 92 of the MCS Golf Swing eBook wherein I state that:

Just as you begin your swing from Address with both feet flat on the ground, the optimal mechanical action for the downswing will have you arriving back at impact with the trailing heel flat or as low as possible…

That statement above is not necessarily wrong or inaccurate, but simply requiring clarification, in my view.

I’ll let everyone think about this, and I’m continuing to look into what I’m already confident I’ll have as my conclusion, because the overwhelming evidence is already readily visible.