First of all, I would like to make it very clear to anyone who has been reading my postings the past couple of weeks – this is pretty advanced stuff.

I had an email conversation with a gentleman just on the past weekend, and we correspond quite a bit on the swing, where he suggested that my focus on the right side of the swing might cause people to turn early or over-rotate, and I agreed, with one caveat:

That could be a danger if someone just landed on the blog, I said – however, if you’re trying to do anything I write about with regard to the swing – actually, I’d be better served just repeating what I wrote to him:

This is advanced stuff, so anyone just coming to the site would likely have severe issues with the current subject. However, for those who have been following MCS and know the ins and outs – anything I say about the swing always begins and ends with the assumption that following have been taken care of:

– Proper “Leaning A” setup and measured address to the ball,
– Proper Ball Placement with regards to the club in question,
– Proper neutral grip (… if one doesn’t have a neutral grip, don’t complain about the swing!),
– Proper “One Major Move” pivot using the hips & legs,
– Proper transition with the shift and shoulder drop

If all of those are taken care of, then what I posted today will help those wishing for more power. If someone isn’t going to take the whole MCS model from A to Z, then sure, they might have issues.

But that’s how it is in everything!

So, onto today’s thoughts – it’s been said that hindsight is 20-20, but you could also say that it’s absolutely maddening when you figure something out and then realize the answer was staring you in the face for years. 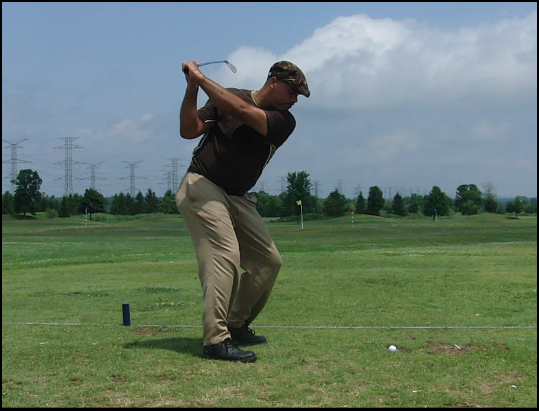 I was worked out Ben Hogan’s mechanics and especially his pivot in the 2014 season, which culminated in the “Ben Hogan Project” video that eventually gave rise to the MCS “floating pivot” action.

In tribute of Hogan’s “perfect pivot” action, the first MCS video to feature his pivot mechanics was of course called “MCS – Perfect Pivot” in 2016.

That, in addition to the right-biased position I was adopting in the 2013 season (the “New MCS” year), was the genesis of the current MCS Golf Swing model, and look at my arm action/swing plane in the below gif from 2014:

When you take into account the “throw” action I used to demonstrate the proper action of the right arm in the swing, back in 2013:

So, looking at Mike Dunaway’s pivot and top positions, I really should have made the connect between a “tighter” top position and increased right-side or “power side” leverage:

So, while I did finally come around to the tighter top position this year, and although I am left-handed, which caused me to focus on the left side of the swing for years, being a “puller” by nature in that regard, I have found myself in this position more than once over the past couple of weeks: 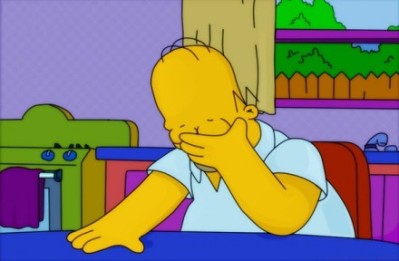 I am pretty sure that the reason it took me so long is because I’m naturally left-handed, because even with what I feel is a great-looking practice swing in the above gif during my Ben Hogan investigation, the actual swing turned into a steeper, pulling-with-the-left-side down swing action that plagued me for years.

The problem isn’t the “pulling,” rest assured – just as I said in my previous posting, if you’ve set up properly and perform your “One Major Move” with a good, tight right arm action as shown in the “MCS – The Kinetic Chain” demonstration, the “pulling” of the 1st Lever takes care of itself with the weight and pressure transfer from the top into the down swing.

Looking at Dunaway above, that is great 1st Lever action, all coming from the lower body, the legs and hip, if you watch closely – that combined with his right side action gave him that effortless-looking power.

And notice that a man who could drive the ball 375 yards with a standard Big Bertha stainless steel-headed driver, had no snapping or jumping leading foot or leg – what you can see is the “deep” action of getting into that leading heel on the transition, and really compressing the ground to get that 1st Lever leverage.

That is “using the ground,” my friends!

So, you must combine both sides to properly leverage and create your most efficient and powerful swing action – don’t neglect either side in the setup or mechanics, and make that “One Major Move” action as tight as you can!