By golly, I think I’ve got something for everyone regarding the nature of the “One Major Move” in the MCS Golf Swing and why this is the way you want to do it.

I’ve talked about how we are not machines, so we can’t swing like machines, correct?

For example, the “Iron Byron” machine you see below uses a motor to power an arm with gears/pulleys that turns the arm in a circular motion:

Of course we aren’t machines, and we have to use our bodies to power the swing using muscular power and leverage.

I’ve explained in the EMCS series the nature of Levers in the human body (in the “EMCS – The Follow-Up” video, I discussed the 3 major levers we use to swing a golf club, aided by the hips & legs), and how they all work together in the “Drop & Pop” action of the down swing from the top.

And while I’ve been going over Mike Dunaway’s swing again, most notably this particular iteration of his slightly different swing models over the years:

… I remembered something about the nature of the leveraging action of the down swing that I’ve had in my mind before, but was never quite able to get my hands on it to explain it to my satisfaction.

So, there is no new ground here, no new thing to change the MCS model from what it is – rather, while fixing my own back swing to alter my swing plane and top position, I hit upon the simplest, most basic explanation of the proper way to apply the leverage in the golf swing.

I’ve of course been swinging with the “One Major Move” concept for over a year now, since I developed it during the winter of ’17-’18, but it hasn’t been the simplest way to perform it, as I knew already.

I wouldn’t have had to make adjustments to my swing to begin with if I were doing it perfectly, and I’ve actually had this particular concept of leverage in my mind for some time already – I just hadn’t connected it to the “One Major Move.”

Until I did, I wasn’t going to be able to make my best possible swings.

There is a silver lining to every cloud – I have been unhappy with the delays in the production of the upcoming “Project 2018” video, but I still have time to incorporate this development, as I haven’t begun final editing yet.

I’m working right now on how to best explain and demonstrate it, but it will again serve to provide proof in the upcoming video that the MCS Golf Swing model is the optimal model for a golf swing.

It will prove why  you can’t do it any more simply, nor get get any more leverage and therefor natural speed and power out of your swing than with this model. 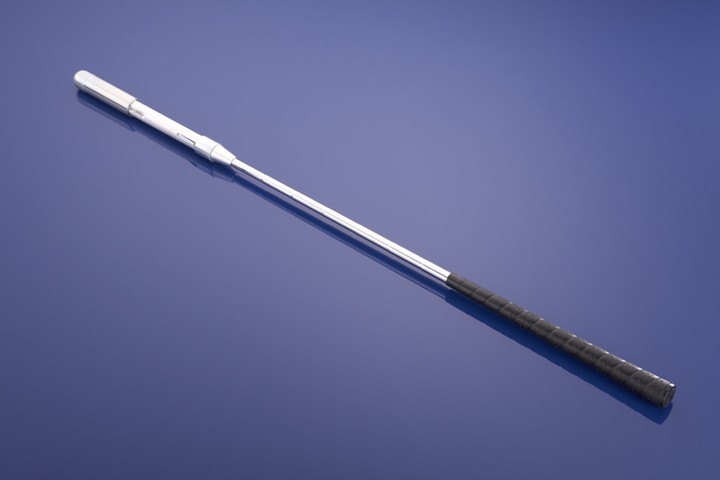