I’ve been quiet on the progress of “EMCS2 – The Follow Up” video because I’m focused on the process and it’s also not actually a swing video per se, rather the study guide to the already-completed “E = MCS” swing video which I released in July, and which is The.Simplest.Golf.Swing.Model.Ever.

When I say simplest, I mean of course with the requirement that it be a mechanically-correct swing model, so you could get simpler, I guess, by freezing the hips and legs on the back swing pivot and twisting the lower back – good luck with that, but put in a call to Tiger Woods and various other PGA Tour players like Rory Mack and Jason Day (and all of the journeyman Tour players getting treatment in the therapy trailers before and after their rounds) to ask them how that’s going.

There is no further simplifying the MCS swing model now, with the model explained in the “E = MCS” video.

Now, after the feedback from readers on the various issues they’re having and have had with their swings, I have hit upon something to go with the “One Major Move” of the MCS swing model from “E = MCS.”

That is, of course, the “One Exercise,” which will fix every problem one may have with the swing, from the back swing initiation to the transition at the top to and and through impact and the finish, and I’m rather pleased with my discovery, if I may say so.

The nature of only requiring the “One Exercise” is that you are only performing one motion going back and one motion coming down and through, and you get everything you need from it by using the implement that I recommend for the exercise (which can be varied but really is the same whichever part of the swing you’re trying to iron out).

With that in mind, this is what you all who’ve ordered the video will be getting in terms of content:

So, we all have the address laid out in the “E = MCS” swing video, but there are some trouble spots that keep cropping up, and I’ll explain in a little more detail why you have to get it right, and what happens when you don’t.

The two other levers are Class 3 levers, the first being the trailing arm’s elbow and the other the two wrists: 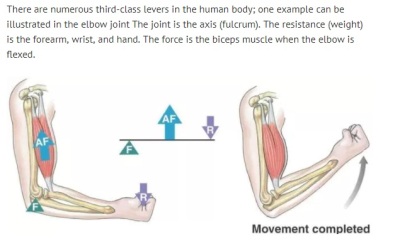 The great thing about the 3 Levers concept is that the 1 Lever triggers the other two, so that when you are swinging in proper Classic Golf Swing fashion (with the entire body and using the hips & legs to power the pivot), you won’t even be conscious of them working, which makes the actual swing so much simpler than when you have a hundred swing thoughts running through your mind.

Get the address right, then activate the levers, and it’s over.

Then, having taken care of the Setup and the concept of the 3 Levers, we’ll get into the good stuff:

Because of the nature of the mass of the KB, you will actually feel and learn how the hips & legs should be doing most of the work here, and you coordinate them with the trailing arm to perform that tight and leveraged back swing pivot shown in the previous video.

There is something I’ve come to think of as “Loose Legs,” and I’ll show you all what that means with the back swing pivot using the hips & legs.

This is where we “load the trebuchet,” or prepare the 1st Class Lever to fire.

Very simply, this is where so much goes wrong for people, and the KB will again save the day if you’re having issues with a proper transition.  In this part of the swing, you will again see how simple the leveraging is with the proper position and having made the proper back swing pivot, when you use the hips and legs.

Here, we will start working on how to “step into it,” to use a punching or throwing terminology, and with the KB, you’ll really be able to grasp that concept.

Fortunately, the “One Exercise” using the KB will fix that!

Putting It All Together

Above, I am using all of the principles I’ve just gone through, to swing that SwingRite tool, and these are the principles I’ve used for years, but for the first time, I’m able to go beyond the actual swing model and mechanics to explain and demonstrate not how I swing, but rather why the way I swing does what it does, which is:

a) to be able to drive the ball upwards of 350 yards at my best, b) to get the distances I get out of my irons, and c) how I do it all without ever worrying about hurting myself just by swinging a club.

So, there it is for you!

I had the goal of completing it sometime this week but have been forced to re-shoot some material that for some reason disappeared from my digital storage and it’ll likely be another week or so before completion.

I emailed you all with an update earlier this week and all I’m waiting for right now is for the rain and clouds we’ve had during the week (and which will last through the weekend) in order to re-shoot the parts I lost from my digital storage somehow, and to finish the editing process.

Shouldn’t be much longer, and I promise – if you’ve been wondering when the MCS swing model would kick in for you, this video will show you where you’re not quite getting it right.