I mentioned that I was giving the “One Exercise” to various people to test out so see if it helped their personal issues with building a fully MCS golf swing, and I am pleased say that my prediction has borne out.

Whatever the issue is, if you perform the “One Exercise” for either the back swing or down swing, you will see a very quick and dramatic increase in mechanical performance, and I can’t wait for you all who’ve reserved the coming “EMCS2 – The Follow Up” video to try it and see for yourselves.

The key to everything is in simplifying it so that you can’t get it any simpler, and that goes for both the swing model itself, the drills to aid one in not only understanding the mechanics, but also things that will help ingrain those mechanics and to add power and increase strength and endurance in performing the motion.

I had said that I personally showed Welshman (who is 59 years young and very new to the MCS school) this exercise, and he couldn’t get enough of it last week.

He did exactly what I think one should do when working on this exercise – he would get the Kettle Bell that I had brought to the range, perform the leverage exercise a few times, and then pick up a club and hit some balls. 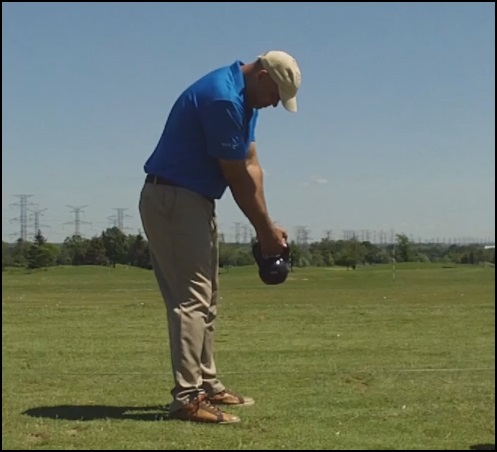 His personal issue was early turning of the shoulders in the down swing, as well as having issues with the hip action, but as I say, the “One Exercise” makes you have to use the hips and legs to perform it properly, and you immediately get the physical feedback you need to be able to then translate it into the swing.

I received word from Welshman yesterday that, just a few days after I showed him the exercise, and working on it using a barbell that he has at home in lieu of the Kettle Bell, he was able to click his SwingRite stick on its hardest setting, which is of course a great improvement in speed and power through the swing bottom. 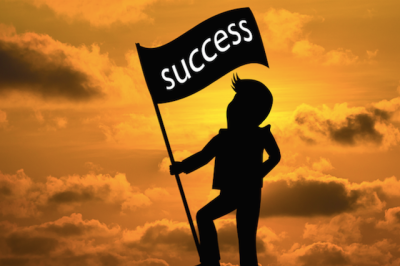 So, with the “E = MCS” golf swing video, I have presented the simplest possible way to swing with proper mechanics (using the “One Major Move” concept) to produce optimal leverage, speed and power, and the drills and exercise therein to aid one in building that MCS swing.

With “EMCS2 – The Follow Up,” I’ve been allowed to delve more deeply into the specific aspects of the swing once in motion, and the “One Exercise” will aid those of you who requested my assistance in addressing problem areas.

You will find that this exercise coordinates the entire body fully (while giving you a nice physical workout as well), and the more and longer you do it, the better results you’re going to get.

That even I am now doing my “One Exercise” to keep my body in swing shape even when I’m not playing or hitting balls, and having done so in the month I took off swinging meant that when I again picked up my clubs, I had lost no speed or power and just had a little rust to shake off before I was back and as solid as usual.

5 thoughts on “The “One Exercise” Field Testing – Success”