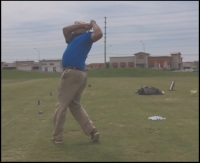 I posted yesterday about the first of the fulcrum/lever aspects of the mechanically-correct golf swing, the C7 and the shoulder assembly.

It’s the most important one, as it is the one that harnesses all of the leverage potential stored in your body mass.

On to the other two.

There are two other major levers and fulcra in the mechanically-correct golf swing model, and this is where many people don’t even know that there is another type of lever (yet everyone knows it when they see it), and that is the pendulum lever: 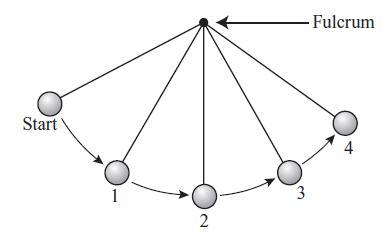 And, if you make the trailing elbow joint a fulcrum, you get a lever in the forearm, and then the 3rd fulcrum being the wrists with the lever being the club shaft itself.

So, the elbow is in fact a 3rd Class Lever as shown in this blog on the Levers of the Human Body: 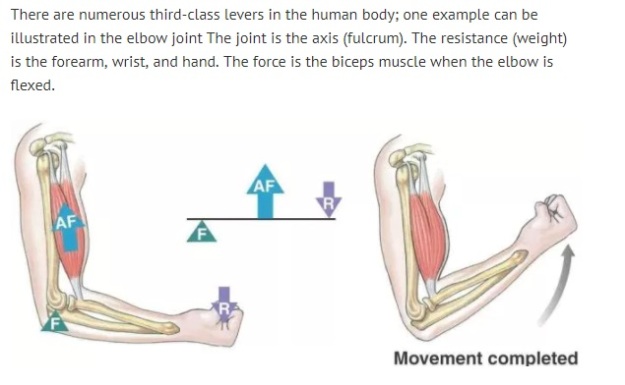 We are just using the tricep instead of the bicep, to push and extend rather than pull and contract.

So, just about everyone instantly nods and agrees when you talk about the “pendulum” in a golf swing, and they are thinking of either an arm (usually the leading arm) or the club shaft, or both.

These are the two minor ones, which you combine with the major C7 fulcrum and lever.

The Iron Byron has two of these pendulum levers, the fulcra are the rotation joint from which its arm swings, and the hinge mechanism that holds the actual club:

Where the Iron Byron uses a motor and mechanical gears to power the swing, we have to use our bodies, and there is a correct way and many other ways to do this.

So, whereas the modern golf swing advocates are trying to generate power and speed with a twisting of the upper body against restricted hips (so incorrect and so dangerous), you can swing a golf club using the natural levers provided by your own body.

I’ve called the MCS Golf Swing model the “Leverage Machine,” and this is why.

So, I am thinking that this is stuff that isn’t actually going to teach anyone how to swing MCS, rather it is a great supplemental thing to add to the existing “E = MCS” video, which people have indicated they would like me to make before the end of the season.

People like to know the “what” and “why” of things as well, so for those who are interested in the way you use the body’s natural levers and fulcra to swing a golf club – there is much more leverage power in your own body than muscle power, as demonstrated by the judo throw and how I swing a twice-as-heavy club to create close to PGA Tour ball speed average

It’s also how I get up into the 180s mph in ball speed with a regular driver.

And this with a bad back at 47 years of age.

The lower back has nothing to do with the golf swing, and the sooner people realize this and leave the Modern Golf Swing in the dumpster where it belongs, the better off they will be.

So, I’m working on this right now, and if the MCS Golf Swing has a thesis, I’ve just presented the introductory statement.