If you watched last week’s World Long Drive Championship, you would have seen very good form from the two Finalists.

Everyone has been looking at Joe Miller’s swing, but I wanted to show Finalist runner-up Ryan Steenberg’s swing, because there’s a lot you can learn from it (if you watch any of the MCS Trilogy swing videos, you’ll learn the same things).

Since the announcers doing the color that night failed abysmally to educate the viewers in any regards with concern to actual technique, I hope you’ll pardon me for doing so here.

First, the point is to be made that the swing below, as with Joe Miller’s, is a Classic Golf Swing action, hearkening back to the classic era swingers like Jack Nicklaus and Sam Snead, and which you see today in Bubba Watson and formerly Phil Mickelson and Vijay Singh.

In fact, if Tiger Woods had been taught and had used a Classic Golf Swing model rather than a Modern model, he’d probably be at 25 majors and counting, and would still be chugging along much as Phil Mickelson has done to date, and as Vijay Singh did all the way into his early 50’s… you can take that to the bank, my friends.

The Classic Swing shreds the Modern Golf Swing in every regard, and I’ll repeat – you don’t see a lot of modern golf swing models now in the long drive arena simply because it’s garbage (that would be “absolute rubbish,” to my British mates), and nearly no one who wants to win in long drive would use it.

There are of course a few exceptions that prove the rule.

Second, let’s take a look at the address position front-view:

I’d say it is, and for good reason – it’s athletically optimal and very mechanically-correct!

In fact, there are 4 things Steenberg does in his address that are primary elements of the MCS Golf Swing with regards to the address setup or Fundamentals Trifecta: 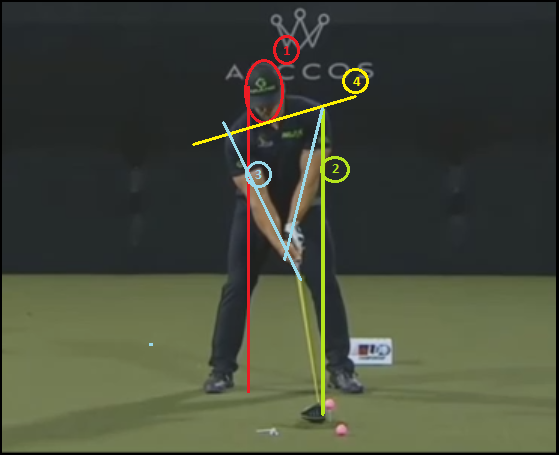 If you want to know why guys like Steenberg and swing as hard and fast as they do and generate the speed and power they do without coming apart at the seams the way PGA Tour pros seem to be doing week-in week-out, it’s because Steenberg is on point setting up his position from which to swing…

Let’s take a look at his top position, shall we?

Again, what an awesome top position, mechanically and positionally speaking.

Let’s count the ways in which this top position of Steenberg’s meshes perfectly with MCS Golf Swing theory: 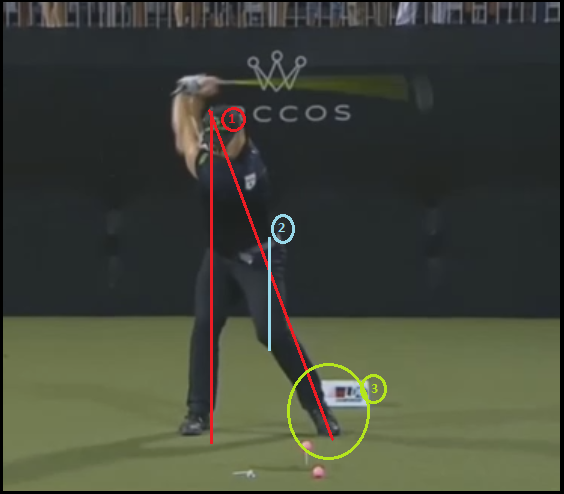 And that takes us to an amazing impact position with regards to mechanics:

What’s so great about the impact position?

This is a great swing model that Steenberg is using (if I may say so myself) and a nearly flawless mechanical execution, and that flaw (not shifting the weight on the down swing), as I’ve said, also comes with an injury-preventing compensation (the flying left foot).

So, to counter the excitement of Michael Breed’s “analysis,” there is no “jumping” with Steenberg’s action here, his right foot never leaves the ground, although his left foot does.

You see a little different action in Joe Miller’s down swing, and while he does leave the ground at times, he does release that right foot to allow the hip rotation.

I’ll do Joe’s swing later, but Ryan Steenberg deserves a hearty congratulations on his runner-up finish, coming second only to Miller the Monster, who was not going to be beaten last week by anyone.